MINNESOTA ON THE 3RD 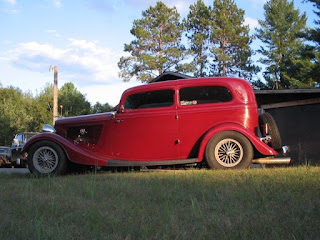 ILLINOIS ON THE 2ND

CALIFORNIA ON THE 2ND 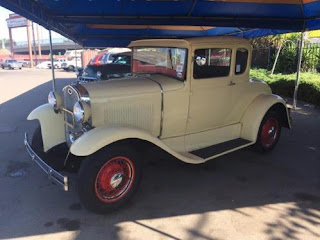 PENNSYLVANIA ON THE FIRST OF OCTOBER 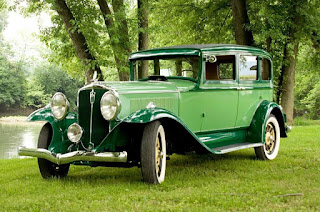 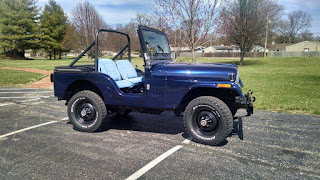 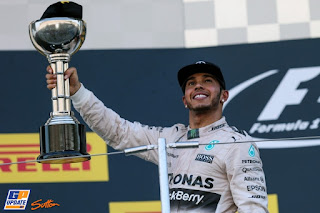 Lewis Hamilton easily won again and this race gave him a bonus. This was his 41st win which ties him with the late Ayrton Senna. Still the 91 wins by Michael Schumacher must look like a long way away. I have always liked the races in Japan, but this one was boring, but on paper it all looks the same. Nico Rosberg came in second and Sebastian Vettel came in third.

Nico Hulkenberg came in at a solid sixth and Felipe Massa came in 17th due to a crash in the first lap.

KENTUCKY ON THE 26TH 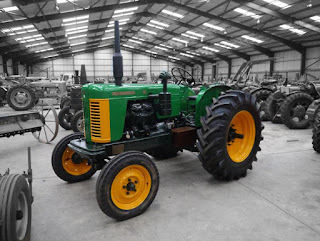 GERMANY ON THE 26TH 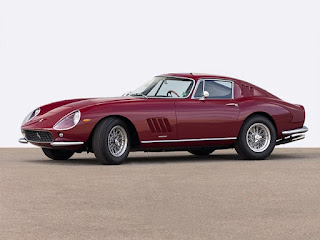 FERRARI ONLY
by Auctionata and Schaltkulisse

DENMARK ON THE 26TH

GERMANY ON THE 26TH 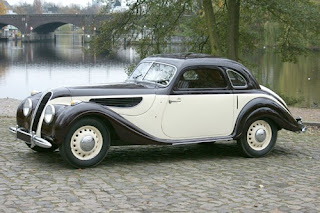 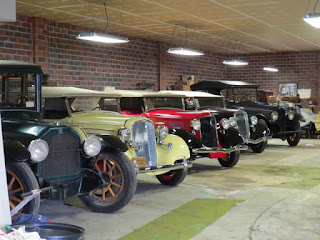 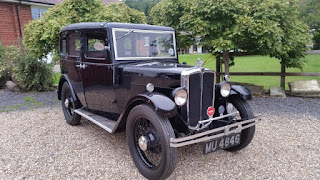 OREGON ON THE 25TH 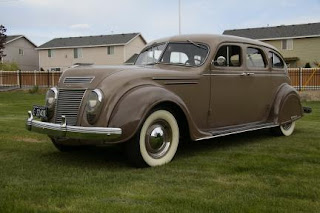 NEVADA ON THE 24TH 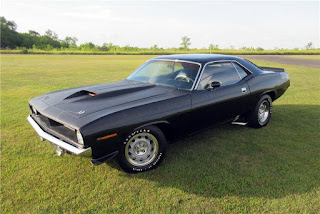 NORTH CAROLINA ON THE 24TH 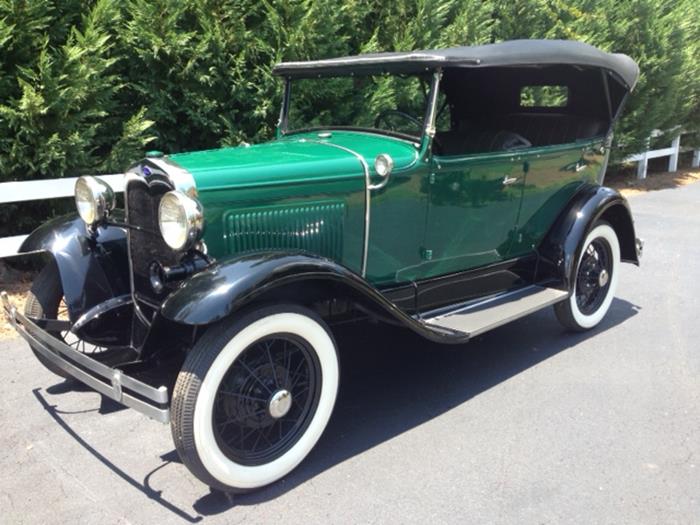 NEW JERSEY ON THE 24TH

FORMULA ONE IN SINGAPORE 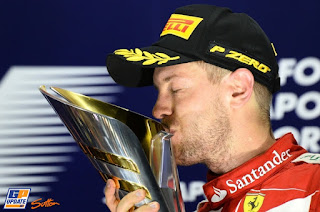 Well, well, well! Changes might be in the air. Sebastian Vettel came in first for Ferrari. Good news for them. This is his 42nd win which puts him in the top three. Daniel Ricciardo came into second and Kimi  Raikkonen came in a distant third.

And what of Massa and Hulkenberg? Well, they ran into each other.The announcers claimed it was the fault of Massa and I viewed it as a fault by Hulkenberg. The race stewarts felt it was Hulkenberg and charged him with a three-place penalty for the next race. What is the point, it was just a racing accident. Formula One and their rules.

My vote for 'Balls of the Week' goes to Max Verstappen for ignoring team orders to give up his spot to his teammate. 'Just say no!' and he did....claiming later that his dad would have kicked him in the nuts if he had followed those orders.

WISCONSIN ON THE 19TH

MINNESOTA ON THE 19TH 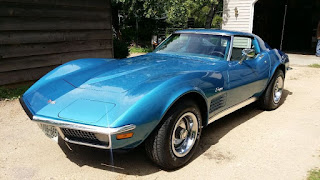 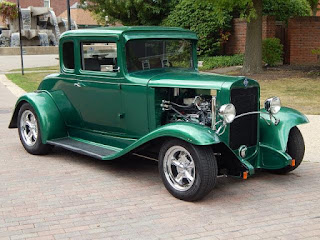 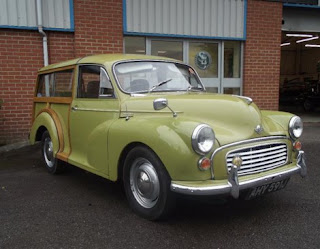 TEXAS ON THE 16TH 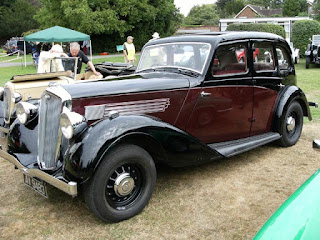 NEBRASKA ON THE 12TH

MONTANA ON THE 12TH 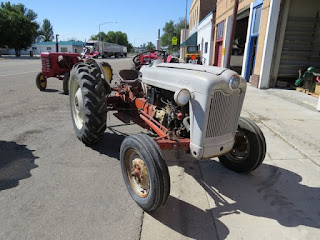 TEXAS ON THE 12TH 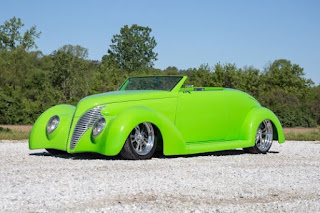 CANADA ON THE 11TH 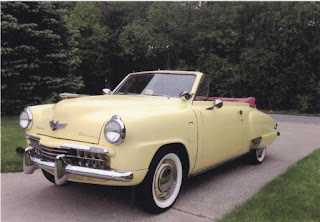 ENGLAND ON THE 7TH 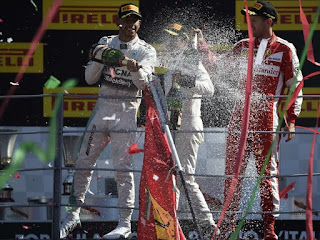 The Monza track in Italy is a great, fast, oldtime track that I like very much. Formula One is penalty nuts. They levied 168 penalties against the drivers before the race even started. The race ended with a possibility of penalties against the two Mercedes cars. That was cleared up finally. It was interesting that both Mercedes cars had deflated left rear tires at the start. Formula One form of 'deflategate.'

Lewis Hamilton won by 25+ seconds. Instead of being able to back off at the end Mercedes urged him to push to the end in case they got a time penalty for the tires. Monza is Ferrari-land and Vettel made everyone happy by coming in second in his Ferrari. I was very happy to see Massa come in third. He is very popular there because of his many years with Ferrari. Ferrari dumped him which is why he is popular with me. I am happy to see him doing so well.

Nico Hulkenberg came in 7th and he has signed a two year deal with Force India. A deal that will allow him to also race in the Le Mans series. 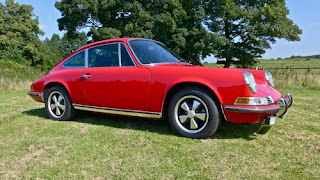 IOWA ON THE 6TH

MICHIGAN ON THE 5TH

MONTANA ON THE 5TH 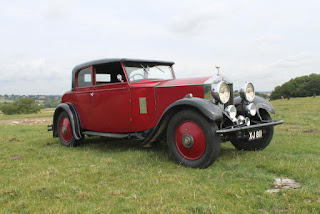 INDIANA ON THE 5TH

IDAHO ON THE 5TH 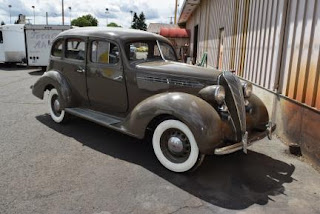 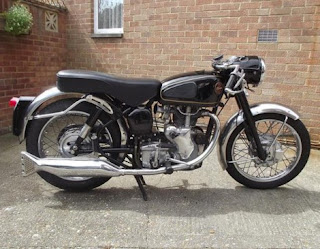 ALABAMA ON THE 4TH 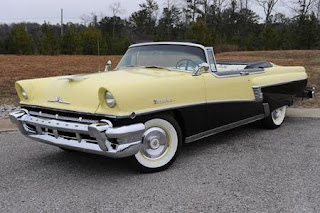