PENNSYLVANIA ON THE 2ND

NEW JERSEY ON THE 31ST

PENNSYLVANIA ON THE 31ST 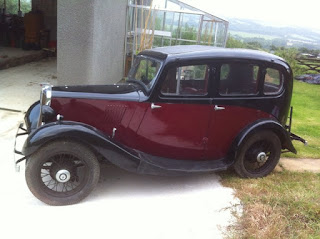 PENNSYLVANIA ON THE 30TH

ENGLAND ON THE 27TH 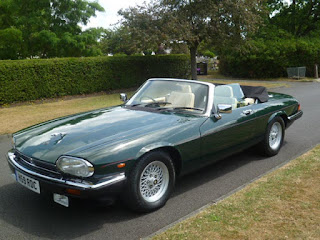 FORMULA ONE IN HUNGARY 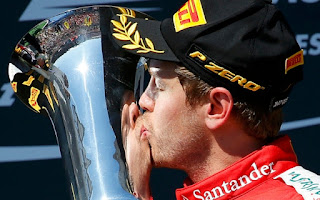 Hungary is one of my favorite old tracks. I mostly liked the outcome of today's most interesting race. Four-time world champ, Sebastian Vettel, got the jump at the beginning and never had to look back. It was getting boring with Mercedes almost always winning. Kind of like Vettel when he was at Red Bull and Schumacher at Ferrari. Vettel, now driving for Ferrari, got the first win here since 2004 when Schumacher did it for them. It was the first time Vettel had won here which seems impossible since his four championships seemed like he won every where. Today was is 41st win to tie with the late Senna.

All the changes were behind the winner and change they did. In the last few laps one of the changes put Danill Kvyat, 21 year old Russian, in second place even with a 10 second penalty. Daniel Ricciardo came in third after having three contacts with other cars. Both of them are teammates at Red Bull.

The McLaren team, which has be limping around like a three-legged dog this year, finished in the points. Alonso in 5th and Button in 9th.

Massa ended up in 12th and Hulkenberg was out due to a crash caused by his front wing folding up underneath the car. 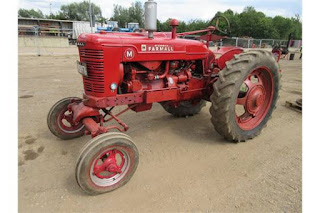 MICHIGAN ON THE 25TH 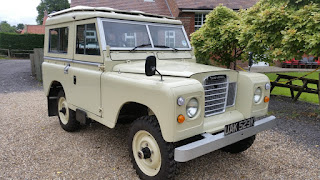 ILLINOIS ON THE 25TH

ILLINOIS ON THE 25TH

NORTH CAROLINA ON THE 23RD

CLASSIC CARS AT THE PALACE
by GAA
The Palace
Greensboro, North Carolina 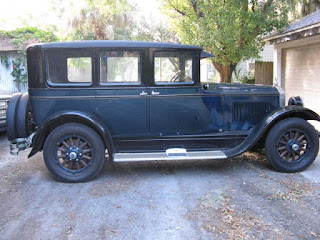 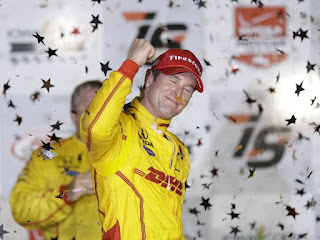 Yet another oval with the winning drive by Ryan Hunter-Reay. He has done very well at this track in the last few years. Josef Newgarden came in second. In third was the ego-deflated Sage Karam. There are only three more races left for the Indycar season. 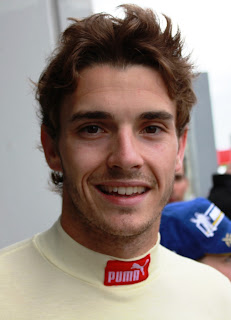 He died of his injuries received last October at the Formula One race in Japan. During the race in the rain he struck a crane used to remove disabled cars from the track. With head injuries he was placed into a coma which he never came out of. Prior to joining Formula One in 2011 he raced in Formula Renault, GP2 Series and Formula Three. He is the first Formula One driver to die from injuries received  during a race since Ayrton Senna in 1994.

ILLINOIS ON THE 18TH

MINNESOTA ON THE 18TH 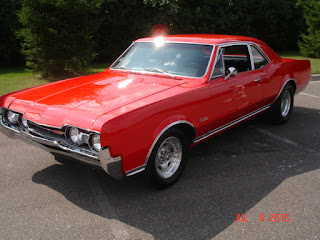 CANADA ON THE 18TH

PENNSYLVANIA ON THE 18TH 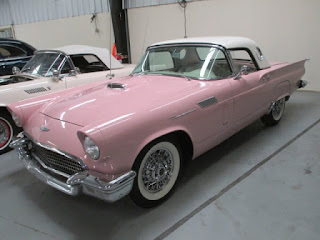 CALIFORNIA ON THE 17TH

PENNSYLVANIA ON THE 17TH 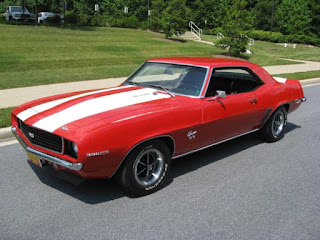 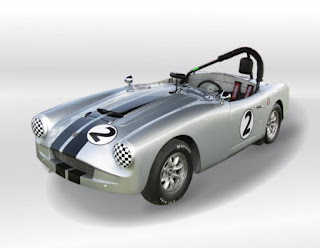 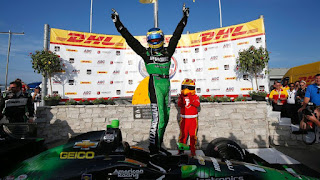 While I am still not wild about oval track this was a very good race on the oldest working race track in the world. It started in 1903. Unfortunately it was poorly attended and it may end up being off the list. Some of these team owners have supported some of the races and this one has been supported by Michael Andretti. The deep pocket has to stop sometime. Long time under-dog, Sebastien Bourdais, had a fantastic win. I like to see him win because he was a four-time Champ Car champion before it became Indycar. He was also in Formula One. Today he was extremely fast and was exciting to watch. Helio Castroneves came in second and it was a drive to note. He started in 24th place...all the way to second is no easy trick. Third went to Graham Rahal who has been doing very well in the last few races. 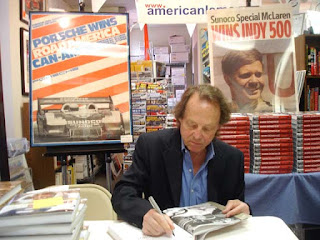 Michael R. Argetsinger, a founder of the International Motor Racing Research Center and an award-winning motorsports author, has died. He was 70.
Argetsinger died Tuesday of cancer at his home in Chicago, according to Glenda Gephart of the research center.
Argetsinger was a member of the steering committee that in 1997 began planning for the Racing Research Center, an archival and research library dedicated to the preservation of the history of motorsports. He was a member of the center's governing council at the time of his death.
"Michael was a wonderful man, friend and passionate supporter of all things motor racing and particularly, Watkins Glen," said former open-wheel driver Bobby Rahal, chairman of the research center's governing council. "He gave his time and energy selflessly in order to advance the IMRRC and its place in the world of motorsports."
Argetsinger was the son of the late Cameron Argetsinger, who started the road-racing tradition at Watkins Glen in 1948 and brought Grand Prix racing to Watkins Glen for 20 years beginning in the early 1960s.
Michael Argetsinger's lifelong passion for the sport and its history was also evident in his talent as the author of five critically acclaimed books on motor racing, including a biography of Mark Donohue. He also raced for nearly 45 years, competing in more than 400 races at 54 different circuits in seven countries, including nine circuits that have hosted World Championship Formula One Grand Prix.
Argetsinger is survived by his wife, Dr. Lee Green. The family has announced that remembrances may be made in his name to the Racing Research Center. 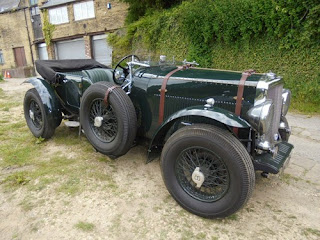 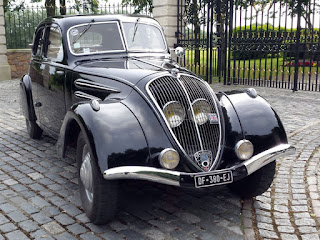 WASHINGTON ON THE 11TH 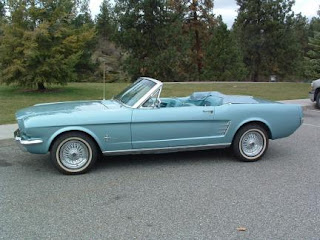 LOUISIANA ON THE 11TH 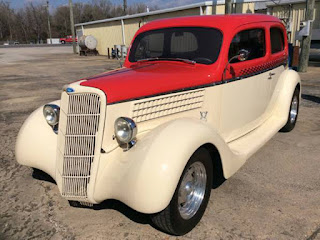 KENTUCKY ON THE 10TH 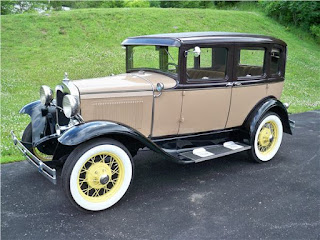 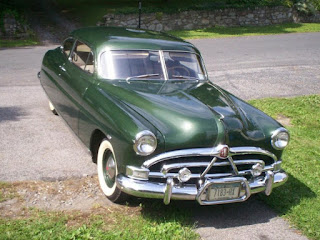 FORMULA ONE IN ENGLAND 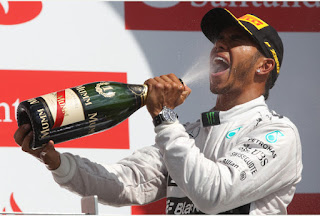 In the land of Formula One 140,000 people watched the home town and home grown Lewis Hamilton win for the third time at this race. His teammate, Nico Rosberg, came in second and Sebastian Vettel came in third. The race ended in the rain and these positions were gained by the luck of tire changes. Felipe Massa was in the lead for the longest time and I was really happy with that. I would liked to see him have a win.

WHILE ENJOYING YOUR HOLIDAY CHECK THIS OUT


http://bikesforbids.blogspot.com/
Posted by CLASSICS, ETC. at 7:40 AM

WYOMING ON THE 4TH 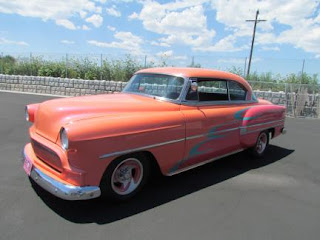 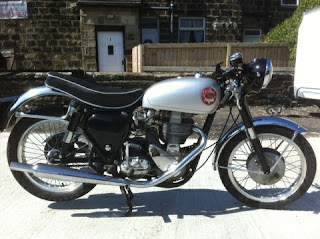 CANADA ON THE 4TH

MONACO ON THE 4TH OF JULY 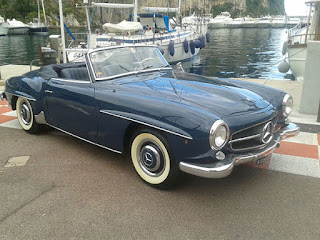