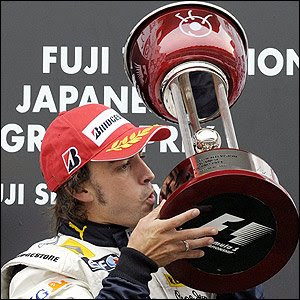 For the second race in a row Alonso has come out on top. After a rough couple of years he is a happy man. He was followed by Robert Kubica in second and Kimi Rakkonen in third. 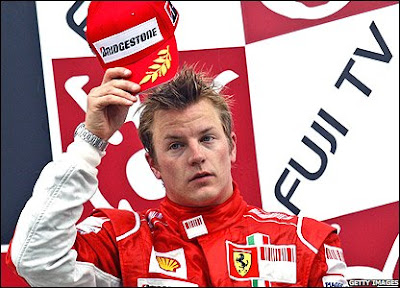 Even though he came in third today, last year's World Champion, Kimi Rakkonen is out of the running for this year's championship. With only two races left, China and Brazil, there are only three possibilities. Lewis Hamilton, Felipe Massa and Robert Kubica. That will probably change next week in China.

A 'bingo' by David Coulthard...not the thing to do when you have only two races left before your retirement 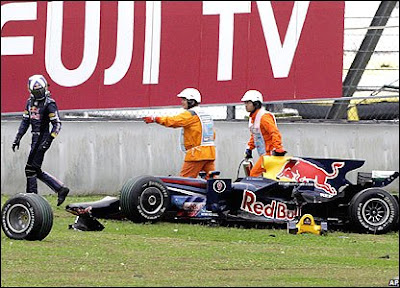