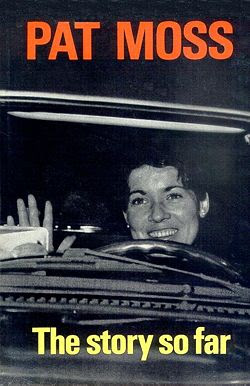 Like all stories they come to an end. When I was first interested in cars my attention was drawn to Pat Moss. Probably because I had a keen interest in her brother Sterling as a driver. No one made greater strides towards equality for women in motor sport than Pat Moss. Not for her the mere satisfaction of a shelf full of Coupe des Dames. She wanted to beat the men, and she frequently did so.

Pat Moss was born in Thames Ditton in 1934. Her original sport was showjumping and she had no encouragement to start driving cars from her brother, Stirling, or from her parents. However, when Stirling’s manager, Ken Gregory, invited Pat to go on a treasure hunt, she enjoyed it immensely and fancied a go herself. She was soon competing regularly in British rallies with her Morris Minor convertible. The rallying had to be fitted in around the showjumping, at which she was highly successful — indeed, it was the prize-money from the showjumping that enabled her to buy a Triumph TR2 in 1954.

For the 1955 RAC Rally she had her first works drive, an MG TF. Ice and snow were problems that year, and she had to be satisfied with third in the Ladies Class, but her name was starting to appear on the special test times. Other drives from BMC followed, and her first continental outing was to the Tulip Rally in 1955 with an MG Magnette. She was given an Austin A90 for the 1956 Monte Carlo Rally, in which she finished 87th after a couple of brake failures and minor accidents.

She drove an MGA on the 1956 RAC Rally, where she nearly won the Ladies Class. Various rallies in Riley 1.5s followed until 1957, when she drove a Minor 1000 on the Tulip Rally and then took one on the Liège-Rome-Liège, finishing 23rd. More astonishing was the RAC Rally of 1958 when she finished fourth overall, won her class and the Ladies Award into the bargain. Later that summer she took an MGA to the Rally to the Midnight Sun in Sweden and met Erik Carlsson.

She started driving a Healey 100/6 and took a fourth place on the Liège and led the Healey team to win the Manufacturer’s Award. It was the first time that a lady driver had finished in the top ten on that gruelling event, and the points gained assured her of the Ladies European Champion title. Then for 1959 it was back to an Austin A40 for tenth overall on the Monte Carlo and a Riley 1.5 on the Sestriere before taking a Healey 3000 to the German Rally and tying for first place with Carlsson’s Saab.

In 1960 she drove big Healeys again, coming eighth on both the Geneva and Tulip rallies, second on the Coupe des Alpes, followed almost at once by an outright win on the Liège. This was a stunning achievement, regardless of her gender, and it elevated Moss to superstar status in the rallying world. The year finished with an outing at the RAC Rally, where she would have been fourth but for a time-card error.

The year 1961 was less dramatic but she did take a Healey to second place at the RAC and then, bravely, took one to Corsica where, against all the odds, she finished 16th. She also decided to buy her own rally car, and bought a Saab 96 on advice from Carlsson. When he got a free entry on the Safari by winning the RAC Rally, she took her car to Africa and finished third on her first attempt at that difficult event. Back in Europe and in a Mini Cooper, she won the Tulip and German rallies, while in a Healey she was second in Poland, and third on the Coupe des Alpes and RAC rallies.

She then accepted Ford’s tempting offer to rally its new Cortina in 1963, but the best result all year was sixth on the Acropolis Rally. She and Carlsson were married in March of that year, and towards the end of the season Ford tried to sign Erik for 1964. However, when he decided to stay at Saab, Moss left Ford and joined him there.

In 1964 the two-stroke Saab was past its zenith but you would never have known it to see Mr and Mrs Carlsson driving them. She rarely failed to finish and was rarely placed outside the top ten. In four years with Saab, she was third on the Acropolis, and fourth on both the Liège-Sofia-Liège and RAC Rally, all in 1964, third on the savage Monte Carlo of 1965, and third on the Czech Rally of 1967 in the new Saab 96 V4. This heavier car was not to everyone’s liking and, with Erik retiring to a company PR job, Moss decided to accept an offer from Lancia to drive a Fulvia Coupé in 1968. On the Monte Carlo she finished 14th, but in San Remo she was second overall and won the Sestriere Rally outright. In 1969 she took a Fulvia to sixth overall on the Monte Carlo and drove in such famous road races as the Targa Florio. The birth of her daughter then rather distracted her from rallying and, though she made the occasional appearance, she had effectively retired at the start of the 1970s. Moss wrote two books: The Story so Far (1967), a memoir, and (with her husband) The Art and Technique of Driving (1965).

In the two decades of her career she had shown unequivocally that, where speed and stamina counted, there was every reason that a woman driver could succeed against the men. Certainly to the male drivers of that golden period, she was a genuine rival.

tO the rally world Pat Moss will remain an icon indicating that skill, endurance and determination are the true measures of a rally driver’s ability. 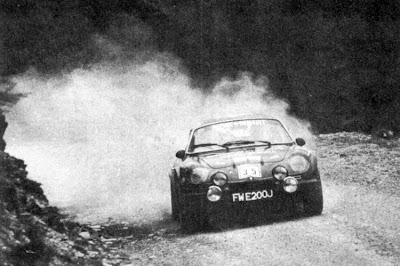